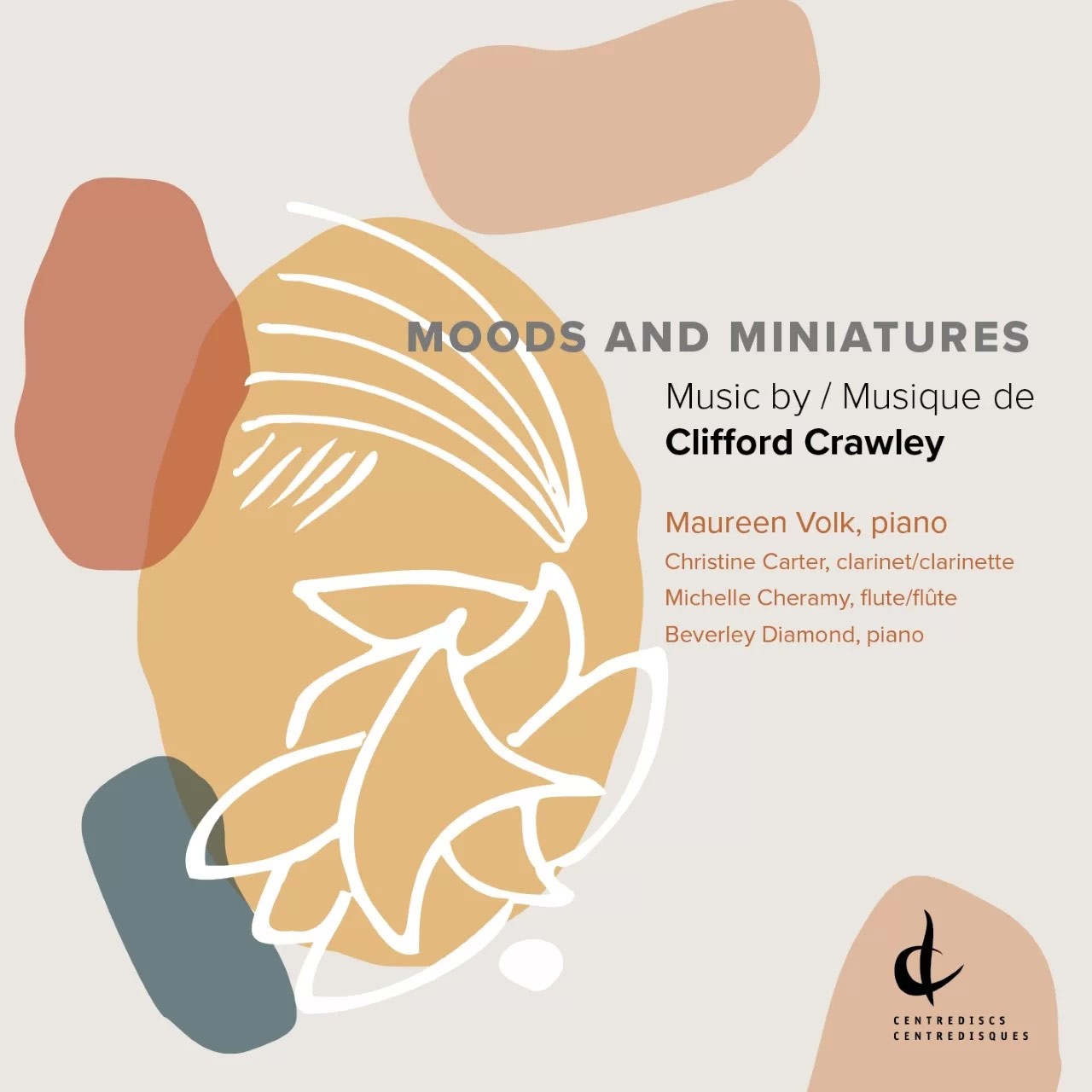 Moods and Miniatures presents solo piano and chamber music composed between 1978 and 2010 by Canadian composer Clifford Crawley (1929-2016). The works on this recording demonstrate Crawley’s genius in writing miniatures that make impactful statements in short movements. These delightful, exquisitely crafted character pieces are densely packed with expressive ideas and rapid changes of mood. The style is original – accessible but never predictable. Crawley often draws on familiar elements, such as well-known dance idioms, that he inflects in highly original ways. Included on the recording are three works for piano solo – Toccatas, Twelve Preludes and iPieces – as well as Kalamalka for piano duet, Ten a Penny Pieces for clarinet and piano, and pieces of-eight for flute, clarinet, and piano.

Pianist Maureen Volk has appeared as a recitalist, orchestral soloist and chamber musician in Canada, Europe and the United States. She has released two recordings on the Centaur Records label, the first a solo album Schubert and Debussy (2008), and the second, Thomas Yee and Maureen Volk (2010), a recording of music for two pianos by Canadian composers. A member of the piano faculty at Memorial University until her retirement in 2018, she is joined on this recording by three of her colleagues from Memorial: clarinettist Christine Carter, flautist Michelle Cheramy, and pianist Beverley Diamond.