"10 upcoming Canadian classical albums to get excited about"

We are delighted to be included in CBC’s list of “10 upcoming Canadian classical albums to get excited about”. Robert Rowat writes:

“Iris Trio comprises Canadian clarinetist Christine Carter (who teaches at Memorial University in St. John’s), violist Molly Carr and pianist Anna Petrova. They met while studying in New York and have been busy touring ever since. On Homage and Inspiration, their debut, they present four paired works: First, Robert Schumann’s Märchenerzählungen and György Kurtág’s response to it, Hommage à R. Sch., composed in 1926. Then, Mozart’s “Kegelstatt” Trio, K. 498, and its companion piece, a new trio by Christof Weiß called Gespräch unter Freunden (Conversations with friends).” 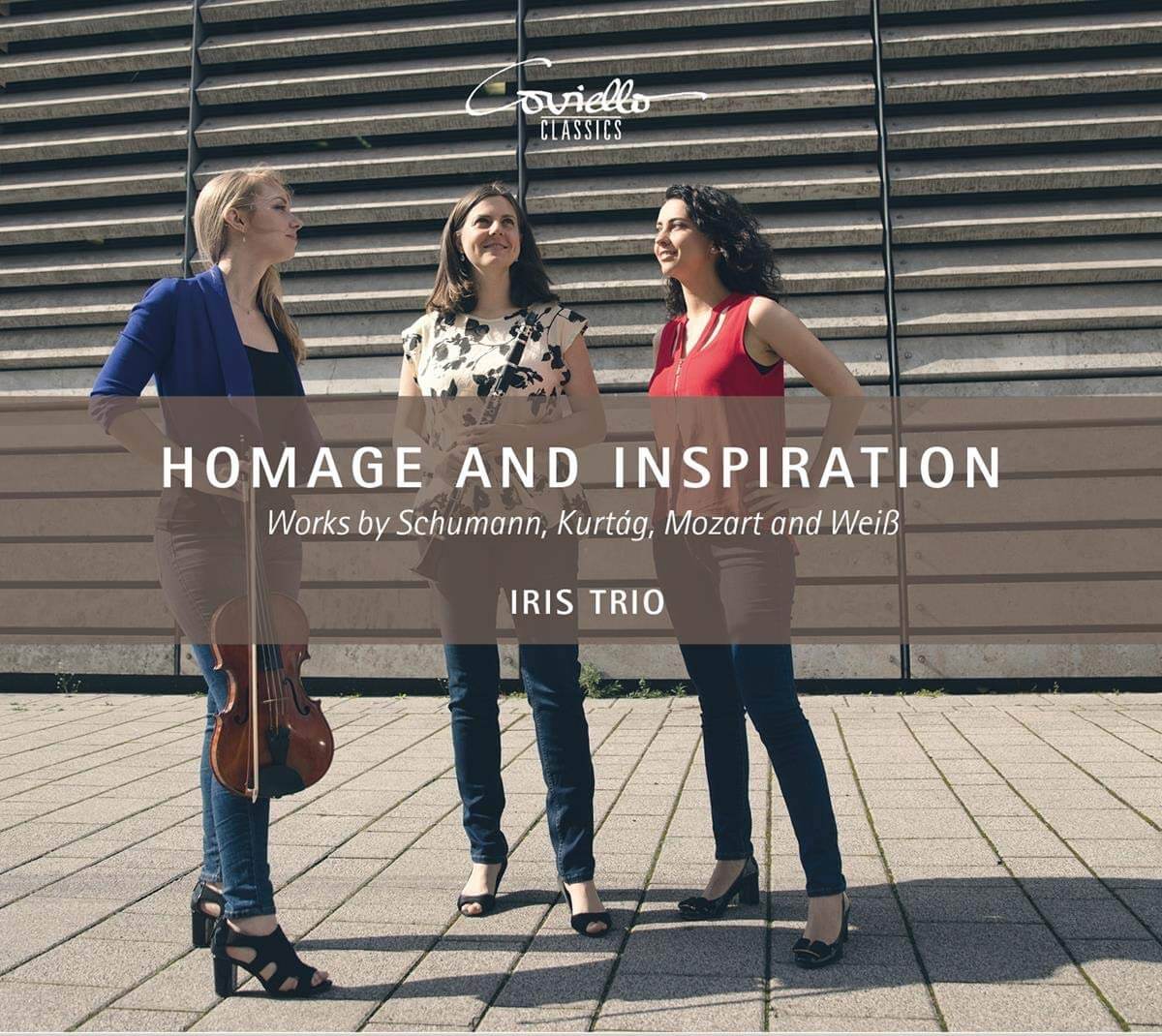